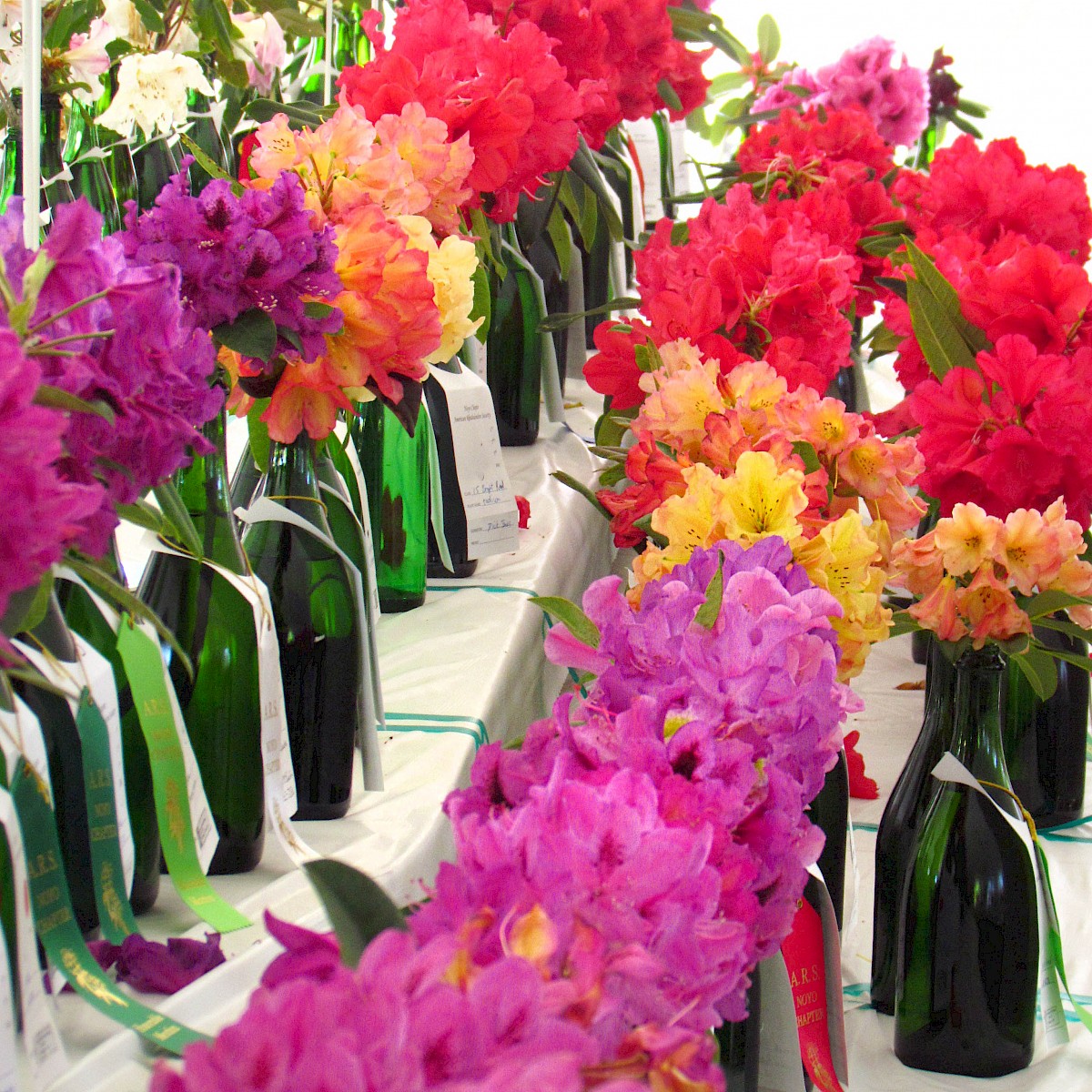 The Noyo Chapter of the American Rhododendron Society has been a local non-profit organization for over 38 years. Their stated mission is to promote the study and culture of rhododendrons and to stimulate interest in rhododendrons by any appropriate means, including the holding of frequent meetings of members and education of the public with rhododendron shows. Their locale is also of utmost importance in preserving the rhododendron species. Although these plants grow in few places worldwide, they thrive in the favorable climate of the Mendocino Coast. The area spanning Eureka to Fort Bragg is the largest production center of hybrid rhododendrons in California.